Zacatecas is located another 4-5 hours away, in north-central Mexico, almost the same longitude as Lubbock, Texas.  It is the capital of the Mexican state of Zacatecas.  We felt the high elevation of over 8000 ft as we climbed the cobblestone stairs and roads.  Our little hotel centro was among buildings that were hundreds of years old.  There were lots of festivities in the streets and plazas, day and night.  Zacatecas is a beautifully maintained city with Gothic and majestic cathedrals and courtyards to admire.  We toured the El Eden Silver mine, which was fueled mostly with Indian slaves, boosting the Spaniards wealth through a silver dynasty starting over 400 years ago.  The cable car from one end of the valley to the other offered panoramic views of the town.

A young businessman, George, flagged us down in the cobblestone street.  He spoke English well, and was keen on understanding how we felt as tourists in their city, i.e. did we feel safe? (We did not know that safety in Zacatecas might be an issue)  He was well educated, and had worked at the Mexican embassy in Washington, DC.   Rob and Danny were interviewed on his iPhone about our visit.  He would use this to convince his lawyer friend in Miami to move to Zacatecas to help out with his financial business.  George joined us in our private tour of the Rafael Coronel museum that houses the world's largest collection of Mexican masks.  With this new friendship came more recommendations on dinner places, and the best location on where to buy quality silver.  George took Rob and Danny to one of many "Men only" cantinas where there were convenient troughs at the bottom of each bar stool,.  That meant one wouldn't lose your chair if you had to go to the bathroom!  Thankfully they also have regular "banos".

We all agreed we could stay a week in Zacatecas to fully enjoy the town.  It was a vibrant Capital city that had many treasures to explore, and to buy.  :)  Our last dinner was in a tiny home that felt like a Grandmother's house, filled with treasures in each nook and cranny.   It was a suggestion by George, and we would never have found it on a map.  In fact, city maps and English speaking tour guides were rare.  We were the only visible gringo tourists in this town, and despite our differences, felt very safe and welcome. 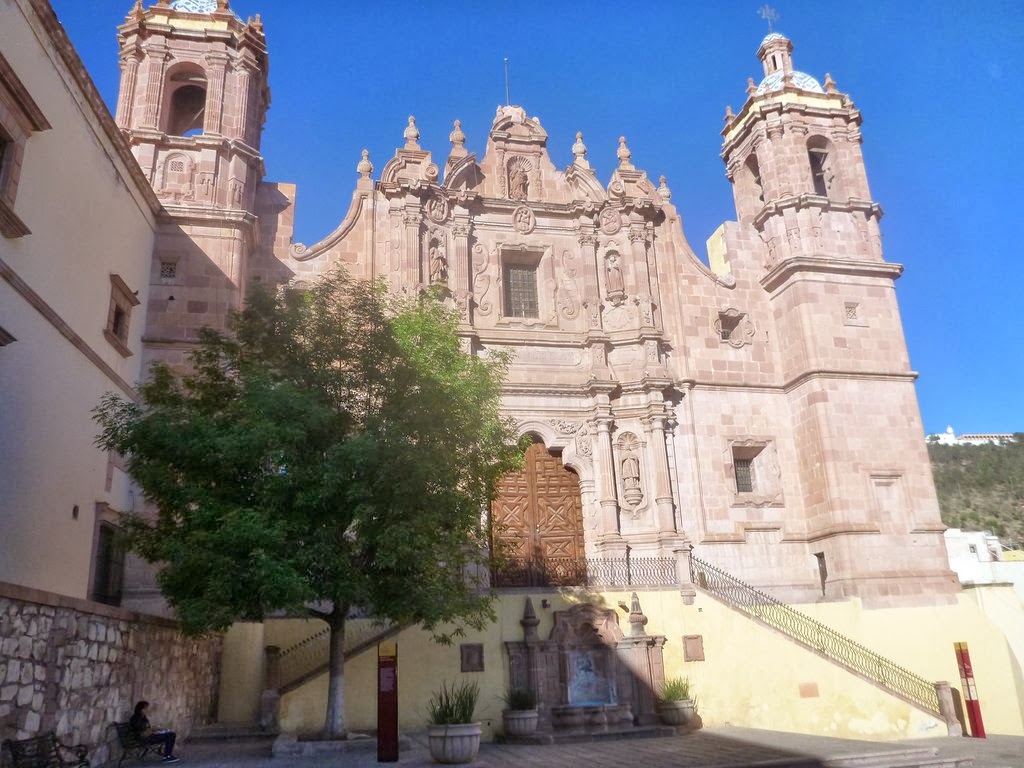 Posted by shindigsailing at 6:48 AM