It is so easy to see how people can Pause in La Paz.  We consider ourselves somewhat "old-timers" compared to the new cruisers just arriving in town for the season. Our love for La Paz grows as we revisit favorite haunts and find new discoveries in town and in the nearby islands..  The town, while over 250,000 in population, feels small and very Mexican, with real resources, infrastructure and mostly friendly, gracious people.

Our first two or three weeks aboard Shindig were spent tackling projects, big and small in the extreme heat of October.   There was no AC for Shindig for a long while as Rob discovered many under floor pumps had failed.  The recommissioning process takes time and the boat reminds you daily that she does not like to be left alone for the summer.

Rob persevered in the heat, and certainly lost several pounds from pure sweat labor.  Thank goodness the local restaurants could serve us fresh fish tacos, ceviches, and ice cold cervezas.  Those early evenings were times to celebrate hard work needed to get ready for some serious fun.  (No fear, we ARE in serious fun mode now) With a steady stream of friends returning to La Paz, we are enjoying catching up and hearing of their summer adventures, as well as cruising plans.

Our boat neighbors, Greg and Monica, invited us out on their panga one morning for a little ride.  We decided to go looking for whale sharks, which we have successfully found last year.  Sure enough, after an 8 mile ride across the Bay, we spotted them.  So did numerous other chartered pangas with tourists. Fortunately there were enough for everyone to enjoy, respectfully.  We quickly jumped in the water, with dive fins on, to be able to keep up with these large, but docile creatures.


Nancy joined the youth orchestra rehearsals at La Escuela de Musica, where she plays cello several nights a week.  The conductor now only speaks Spanish, and despite some Spanish lessons, she still struggles with understanding.  Fortunately the language and love for music is universal and the mostly younger musicians are all very friendly, and helpful.   In return, she gives them music and special coffee candies from the States.  There have been a few violins to donate, too.  She also reconnected with several different musical friends in town, working on trios or duos.  There was an open house concert in early December, but they have decided to postpone until next Spring. Whew!

Early morning spinning and Zumba classes held in a beach side palapa supplement long morning walks on the Malecon.  While Rob listens to the morning Net and enjoys coffee with his parents, Nancy is usually at the end of her daily exercise, counting steps on her newly acquired FitBit.
It's a great way to keep motivated with her active girlfriends in the States.


We also had some getaways to the nearby islands.  Rob's parents joined us onboard thier power boat named Elegante,

Rob's new sport of kite-surfing has finally taken off with the first of the north winds.  Our friends from Vancouver, BC are in their La Paz home now and are official wind chasing buddies.  After a few windy afternoons at La Ventana, which is less than an hour away, he is harnessing the wind and ripping up the waves.  One afternoon Rob was one of over 100 kiters, plus 60 old-timer windsurfers, out on the water.  Will post more action shots very soon! 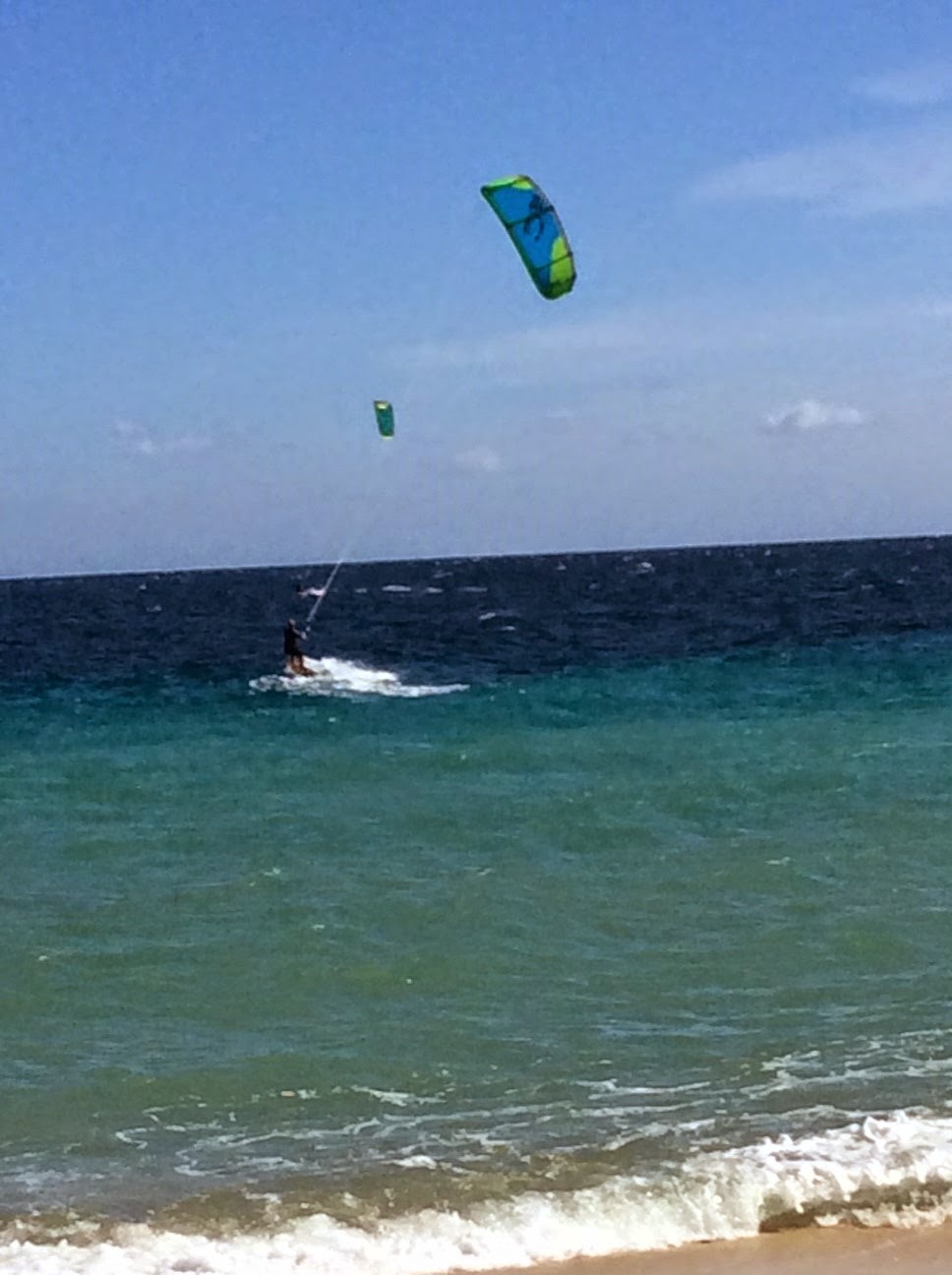 Posted by shindigsailing at 7:17 AM No comments:

Rob, brother Dave, friend Dan and parents Bert and Alice arrived in La Paz after a two week departure from San Diego on Elegante, the parent's newly acquired power boat.We will have fun getting them reacquainted to their new cruising lifestyle, as they visit favorite spots in the Sea of Cortez this season.

Here are some photos of both trips south.  Can't tell who was having more fun!!

Posted by shindigsailing at 11:04 AM No comments: