After two days in the Valle de Guadalupe, we were off to Ensenada.  I was excited to stop there as I had only driven past quickly last year at this time on the way to La Paz.  Rob had stayed over a few nights last year with his parent's powerboat.  Tales of fish tacos, sandy beaches, south of the border nightlife, and a nice marina enticed us.  We were welcome guests with our friends Mark and Layla, who are temporarily on their sailboat at Hotel Coral and Marina. They were great hosts and helped us make the most of our 36 Hours in Ensenada.

If you look way back in our posts during the Spring 2013, Mark was one of our two crew that raced with us at  the Banderas Bay Regatta.  Two and a half years has been very good for him. He's been across the Pacific Puddle Jump to South Pacific, hired as professional captain on another sailboat going back and forth between the South Pacific island chain and Australia, and signed on as engineer on a mega yacht.  And he has met his girlfriend Layla along the way.  Enough bragging about this impressive young man and friend. They have many adventures ahead of them! 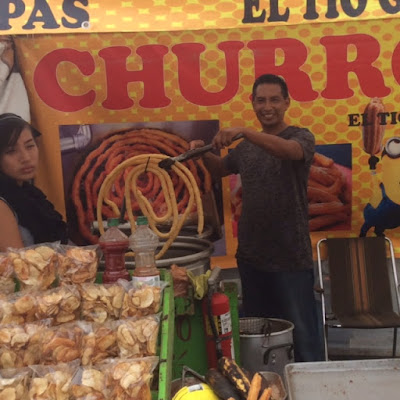 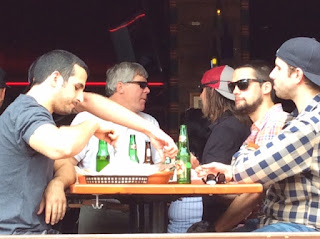 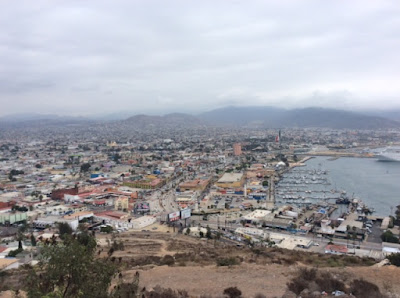 Posted by shindigsailing at 7:05 AM